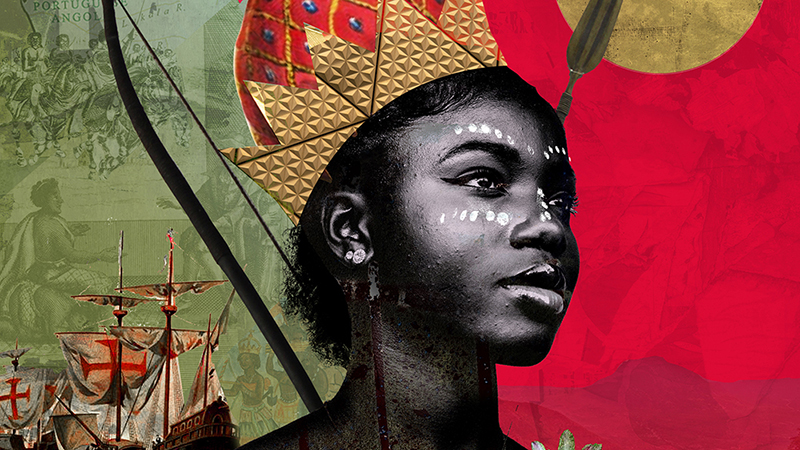 Africa is known as the cradle of civilisation and is where humans first emerged. Since then, many unique kingdoms and empires have flourished on the continent, contributing to the development and advancement of humankind. These kingdoms included Kush, Aksum, Mali, Ghana and many more. The ancient name of Africa was Alkebulan, meaning “mother of mankind” or “garden of eden”. Alkebulan is the oldest name in use and the only one of indigenous origin.

It was used by the ancient Moors, Nubians, Numidians, Khart-Haddans (Carthagenians) and Ethiopians. The name Africa, adopted by almost everyone today, was given to this continent by the ancient Greeks and Romans.

Africa can be credited not only with giving rise to the many scientific developments associated with Egypt: engineering, mathematics, architecture, medicine etc. but also with important early political developments such as state formation and monarchy. Economic and political development, as well as scientific development was, during this early period, perhaps more advanced in Africa than in other continents. The African continent continued on its own path of development, without significant external intervention until the fifteenth century.

In this early period Africans participated in extensive international trading networks and in trans-oceanic travel. Some African states had established important trading relations with India, China and other parts of Asia long before these were disrupted by European intervention.

A griot is a West African historian, storyteller, praise singer, poet, or musician. For centuries, griots have played an important role in their societies by performing and keeping alive a huge repertoire of songs about the history of their communities. They are the guardians of their society’s oral traditions and have been valued advisors to royalty and other powerful people.

The role of a griot is usually passed down within certain families, and training begins in childhood. Some of today’s high profile musicians from West Africa, like Mory Kanté from Guinea, and the late Fela Kuti, from Nigeria, come from traditional griot families. But as times change, and cultures evolve, artists like Salif Keita, who is not from a griot family, have adopted this role. Today griots of West Africa can be found among many communities including the Mandé people, the Fula people, and many other smaller groups.

1. Why do you think that trade strengthened African states?

2. Why do you think scientific and engineering developments strengthened African states?

3. Explain how griots have preserved history.

PRINT WORKSHEET
Ndongo
What was the historical impact of Queen Nzinga Mbande’s life?

Queen Nzinga Mbande was a leader of the kingdoms of Ndongo and Matamba, located in present day northern Angola from 1631 until her death in 1663. Nzinga’s name is written in a variety of ways, including Njinga Mbandi and Ana Njinga. This is partly because of the challenge of transcribing from the Kimbundu language, and also because the Queen herself used different names to sign her letters.

Born into the ruling family, Nzinga received a military and political education as a child, and she demonstrated a talent for diplomacy as an ambassador to the Portuguese Empire.

Listen to the following poem written by Lawrence Hoo and performed by Josephine Gyasi.

Listen to the performance of the poem written by Lawrence Hoo. Write down 4 reasons given by the poem for why Queen Nzinga deserves a place in history

Africa in the late 15th and early 16th Century
Find three facts from the following slide to support this statement:
“Countries in Central Africa were well organised in the early 1600s”

In the 17th century, the most powerful kingdom in central Africa was the Kongo, but there were other smaller kingdoms such as Ndongo and Matamba. These kingdoms were often run by centralised rulers. In Ndongo, for instance, a group of chieftains or “sobas” ran the country.

The African nations traded between each other. Commodities such as iron, ivory and fabrics and a range of foodstuffs were traded. They tended to situate their capital cities inland on the trade routes to other countries. In Ndongo, the political leaders passed their power on to those in their family, like monarchs do today.

Successful leadership
List four skills that are required for good leadership, explain why you need these skills to be a good leader

Chokwe masks are often worn at the celebrations that mark the completion of initiation into adulthood. That occasion also marks the dissolution of the bonds of intimacy between mothers and their sons. The pride and sorrow that event represents for Chokwe women is alluded to by the tear motif.

Explore
Rotate and examine this Chokwe mask and discover what materials are used in its construction.

Ndongo
The History of Ndongo and resistance against the Portuguese Empire

The Portuguese were the first European nation to begin to settle in Africa and to start to trade in enslaved people. Even before they took Africans and forced them to work in their colony in Brazil, enslaved Africans were living and working in Portugal itself.

In 1575, the Portuguese had founded a city which is now known as Luanda, on the coast of Ndongo. From 1580 onwards their desire to capture more and more Africans and enslave them led to them declaring war on Ndongo. They wanted to conquer the whole country.

Two years before Nzinga became Queen, she was sent by her brother to negotiate with the Portuguese. She was able to reach an agreement which included the withdrawal of Portuguese troops from Ndongo and recognition of its sovereignty. She was also able to ensure that the Ndongo did not need to pay tributes. She did this by successfully arguing that the kingdom was an independent one, rather than a vassal or conquered state. In return, she agreed to open trade routes to the Portuguese, as well as study Christianity and become baptised.

For decades Queen Nzinga successfully resisted the Portuguese and maintained Ndongo as an independent kingdom. When she died at the age of 80, she did so peacefully in the kingdom she had defended. In the decades after her death, the Portuguese, with their dominant firepower, eventually took over.

Choose three crucial dates from the timeline and explain what happened in your own words.

Nzinga as a leader?

Read the sources below, and explain which of the statements is supported by it.

What was the impact of Queen Nzinga Mbande’s life?

Please answer this question in 100 words or more, choosing short quotes from the sources provided below to support your answer


Please let us know your thoughts.

I AM NOT A ROBOT

"I would have loved to have seen things differently when I was younger."

"We’re slowly trying to find it ourselves, Because it was lacked in the curriculum"

"It's incredible that his history still hasn't been given a fair representation,"

"It has become a tsunami of enlightenment and information"


First Impressions
Listen to the performance of the poem written by Lawrence Hoo. Write down four reasons given by the poem for why Queen Nzinga deserves a place in history.


Africa in the 15th and early 16th Century.
Find three facts to support this statement: “Countries in Central Africa were well organised in the early 1600s”


Who was she?
The Portuguese Empire and the trade in Enslaved People.
Choose three crucial dates from the timeline and explain what happened in your own words.


Nzinga as a leader
Read the sources below and highlight which of the statements below are supported by it.


What was the impact of Queen Nzinga Mbande’s life?
Please answer this question in 100 words or more, choosing short quotes from the sources provided to support your answer.

I AM NOT A ROBOT